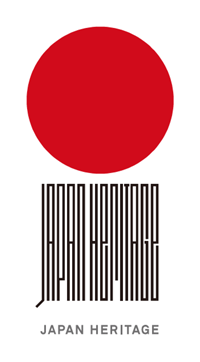 People are enchanted by gold the world over, and Japan is no exception. Some of the country’s most famous sights are, or were once covered in gold: Kinkaku-ji in Kyoto, Konjiki-do in Hiraizumi, and the Great Buddha of Todai-ji in Nara. But where did all this gold come from? For a time, a great deal of it came from the mountains and rivers of “Michinoku,” a nickname for the area comprising much of present-day Tohoku. Michinoku was the first gold-producing region in Japan, and for centuries one of the most productive. Though the mines have all since closed, one can still see sites and enjoy cultural experiences related to this legacy.

The Michinoku Gold region is comprised of five present-day municipalities: Hiraizumi, Wakuya, Kesennuma, Rikuzentakata, and Minamisanriku. What are these areas like today? What you’ll find aren’t the deserted ruins of a fallen empire, but vestiges which have been adapted as the region transitioned to other industries and adopted a new way of life. This unusual heritage offers visitors authentic experiences unique to each area.

Hiraizumi was once the seat of power of the Oshu Fujiwara clan. During the Heian era, it rivaled Kyoto in size and influence. Gold production and trade contributed greatly to Hiraizumi’s wealth, and Michinoku gold was consumed here in the form of luxury goods and elaborate ornamentation on buildings. Because of that, Hiraizumi is the best area to see grand sights, like the golden Konjiki-do Hall at Chuson-ji Temple and the Pure Land garden of Motsu-ji Temple. These two temples, along with several other sites in Hiraizumi, have even been designated as UNESCO World Heritage Sites. To fully appreciate Hiraizumi, visit the Hiraizumi Cultural Heritage Center before exploring the rest of the town. This English-friendly museum gives context to the area’s tourist attractions through interesting exhibits that will pique your curiosity and help you enjoy the area on a deeper level.

The areas of gold production lay outside of Hiraizumi. Though it was gold mining that brought many laborers to these areas in the first place, as the productivity of the mines declined people turn their efforts to new industries. Those living in coastal areas naturally took to the sea, while those inland predominantly turned to agriculture to make a living.

Wakuya is where the first gold in Japan was discovered. It was found here on Mount Nonodake, a holy mountain still revered to this day. Visitors to Konpo-ji Temple on Mount Nonodake can try zazen meditation or shakyo under the guidance of the head priest himself. Over the centuries, the gold supply in Wakuya dwindled to the point that it could no longer support the industry. However, the occasional fleck of gold can still be found in mountain streams here. Hobbyists still come to these streams to pan for gold. You can try panning for it yourself too, at the gold museum at the foot of Mount Nonodake or in the actual streams through special tours organized by the museum.

Northeast of Wakuya along the coast lie two areas once home to some of Japan’s most productive gold mines: Kesennuma and Rikuzentakata. These areas were both devasted by the 2011 tsunami, but have now recovered to the point that tourists can visit comfortably. In spite of the devastation, many of the historical sites related to the gold mines remain intact because the mines were located on mountainsides where the tsunami didn’t reach. Travelers can feel good about visiting these areas, as the tourism industry is a beneficial source of revenue that the cities use to help fund further recovery efforts.

Kesennuma is presently the largest city in the Michinoku Gold area thanks to its robust fishing industry; it is home to one of the largest fishing ports in Japan. Many people originally moved to the area to work in the mines, taking to the sea only later, as the productivity of the mines declined. Because of that, gold mining shaped the local culture; its influence can be felt even today. One elegant example of this is at Enunkan Garden, an Edo-period strolling garden where grinding stones used for processing gold were repurposed as stepping stones. Another industry which sprung up here in the wake of the gold mines was salt production. Visitors can try making their own salt at a workshop near Cape Iwaisaki, part of the Sanriku Fukko National Park.

Rikuzentakata was another city devastated by the 2011 tsunami, to such an extent that the damage made international headlines and turned the Miracle Pine into the city’s number-one attraction. But Rikuzentakata has much more to offer. Rikuzentakata’s Mount Hikami is home to the former Tamayama Gold Mine, known for producing both gold and high-quality crystals. It’s a virtually unknown site that offers visitors one-of-a-kind experiences. Visitors can tour the mine site and hunt for leftover quartz crystals naturally occurring amongst the gold ore rubble. On top of that, there’s a reisen hot spring inn at the base of the site that draws its water from one of the shafts of former gold mine—the only such hot spring in Japan.

The last of the five areas is Minamisanriku, where the peak of Mount Tatsugane offers panoramic views of the entire Michinoku Gold producing region. As if to watch over their lands, the Oshu Fujiwara clan buried eleven Buddhist sutras sealed in bronze vessels at the summit here. A short hike from the parking lot leads visitors to the sutra mounds and stunning vistas of mountains and sea. The low-lying areas of Minamisanriku, like the rest of Miyagi’s coastal areas, were devasted by the 2011 tsunami. As part of its recovery, the town is emphasizing environmental stewardship and has registered its scenic, peaceful Shizugwawa Bay as a Ramsar site. Restaurants in town offer fresh local seafood that tastes even better knowing it was produced sustainably.

Visiting the Michinoku Gold region provides not only a look into the past, but also a road map for the future—how to adapt as traditional industries decline, or after a natural disaster shakes a community to its core. A journey here is indeed educational, but also immensely enjoyable as well.

Any cookies that may not be particularly necessary for the website to function and is used specifically to collect user personal data via analytics, ads, other embedded contents are termed as non-necessary cookies. It is mandatory to procure user consent prior to running these cookies on your website.